June 21 – the Summer Solstice – has just passed and the dog days of summer can’t be far away now. For Victoria and southern Vancouver Island the riot of Spring wildflowers found on every walk in the hills is passing. The forest is getting dryer, the grasses are turning golden yellow, and summer blooms are starting to appear. Delicate Rein Orchids, purple Harvest Brodiaea, pink Hooker’s Onion — and many more – are starting to pop up. 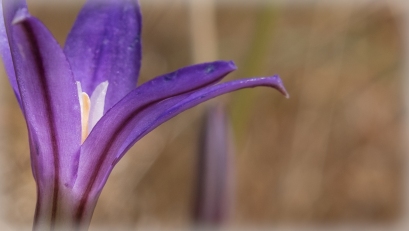 A bloom that comes out in profusion at this time of year is Oceanspray – Holodiscus discolor. The cascade of tiny flowers from this shrub are ones we might admire in passing, but not stop and examine for a closer appreciation.

If ever there was a summer to rectify that omission, 2018 looks to be it – this year’s Oceanspray display seems to be one for the record books. Shrubs all over southern Vancouver Island are dripping with cascades of blossoms. Colours range from white through cream to buffy ochre. Others, throughout the southern reaches of British Columbia and down into the Pacific Northwest, will be out soon if they aren’t in bloom now.

First Nations throughout the Salish Sea and beyond are well aware of Oceanspray – adding dried seed heads to boiling water for use as a tonic. Dr. Nancy Turner, writing in Plants of Coastal British Columbia, says that the W̱SÁNEĆ (Saanich) and Stl’atl’imx (Lillooet) peoples waited until the flowers passed and then gathered and “steeped the brownish fruiting clusters of oceanspray in boiling water to make an infusion that was drunk for diarrhea, especially in children. This solution was also drunk for measles and chickenpox, and as a blood tonic”. (pg. 71)

Another Oceanspray attribute is the hardness and strength of its wood – it is known by many as “ironwood”. Dr. Turner notes that virtually all coastal First Nations from the Salish Sea southward were aware of Oceanspray’s versatility. They made the wood even harder by heating it – often polishing it with horsetail stems. It was used to make digging sticks, spear and harpoon shafts, and arrow shafts. The W̱SÁNEĆ (Saanich) and Cowichan* peoples put Oceanspray to many other uses as well: salmon-barbecuing sticks, scrapers, halibut hooks, cattail mat needles, and even knitting needles.

Next time you spy an Oceanspray take a few minutes to look it over – they are gorgeous at this time of the year when overflowing with flowers, but are well worth a look year-round.

1 thought on “Oceanspray – so much more than just another pretty face!”